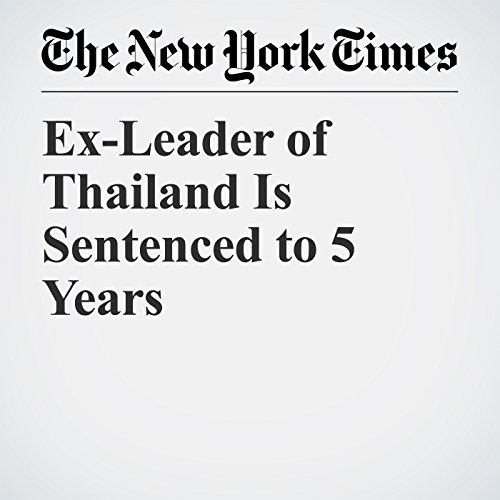 When the Supreme Court of Thailand convicted former Prime Minister Yingluck Shinawatra of negligence and handed her a five-year prison sentence Wednesday, she was nowhere near the courthouse in Bangkok.

"Ex-Leader of Thailand Is Sentenced to 5 Years" is from the September 28, 2017 World section of The New York Times. It was written by Hannah Beech and narrated by Keith Sellon-Wright.