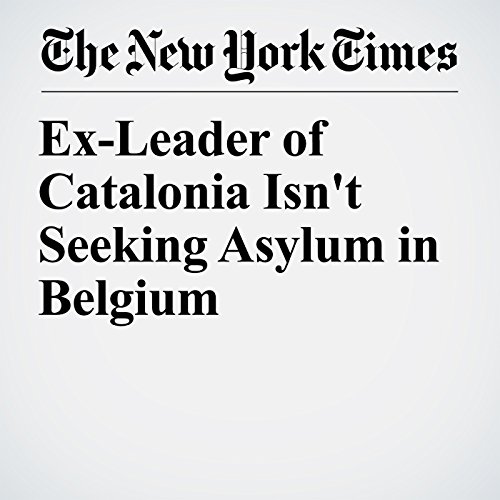 The former leader of Catalonia said Tuesday that he had traveled to Brussels to put Spain’s territorial conflict “in the institutional heart of Europe” and to guarantee a fair trial for separatist leaders who declared the region’s independence, but he said that they were not seeking asylum.

"Ex-Leader of Catalonia Isn't Seeking Asylum in Belgium" is from the October 31, 2017 World section of The New York Times. It was written by Raphael Minder and narrated by Keith Sellon-Wright.