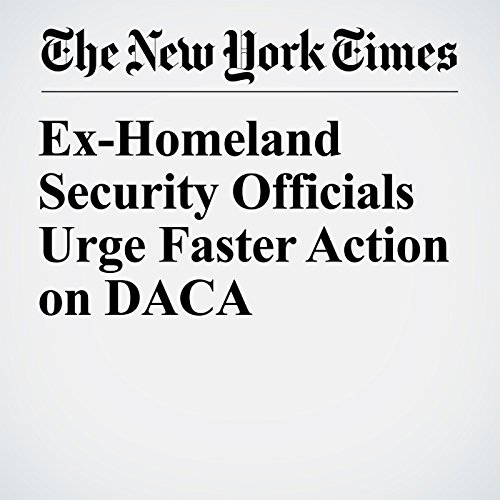 Three former homeland security secretaries warned congressional leaders and officials of both parties Wednesday that the window for legislative action to protect undocumented immigrants brought to the country as children will close by the middle of January, months before a period outlined by the White House.

"Ex-Homeland Security Officials Urge Faster Action on DACA" is from the January 03, 2018 U.S. section of The New York Times. It was written by Maggie Haberman and narrated by Keith Sellon-Wright.