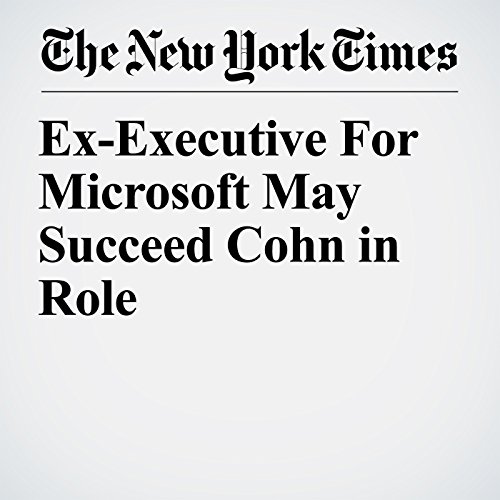 Ex-Executive For Microsoft May Succeed Cohn in Role

President Donald Trump is strongly considering Christopher P. Liddell, a White House official who was an executive at Microsoft and General Motors, to succeed his departing top economic adviser, Gary Cohn, according to two people briefed on the discussions.

"Ex-Executive For Microsoft May Succeed Cohn in Role" is from the March 10, 2018 U.S. section of The New York Times. It was written by Maggie Haberman, Jim Tankersley and narrated by Kristi Burns.