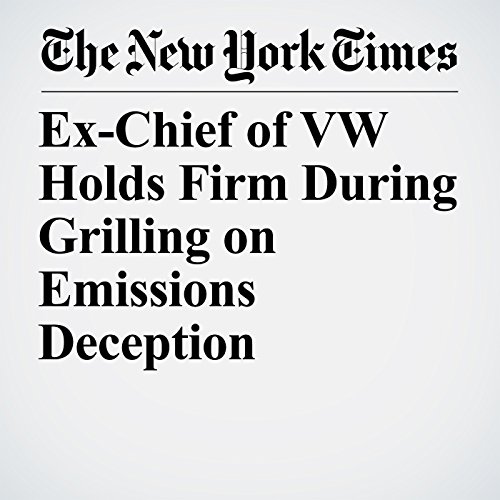 Ex-Chief of VW Holds Firm During Grilling on Emissions Deception

Volkswagen’s former chief executive, Martin Winterkorn, yielded no ground Thursday during a polite grilling by German lawmakers over the carmaker’s diesel-emissions deception, but he astonished them by insisting that he had not heard the term “defeat device” before September 2015, when the scandal broke.

"Ex-Chief of VW Holds Firm During Grilling on Emissions Deception" is from the January 19, 2017 Business section of The New York Times. It was written by Alison Smale and Jack Ewing and narrated by Fleet Cooper.