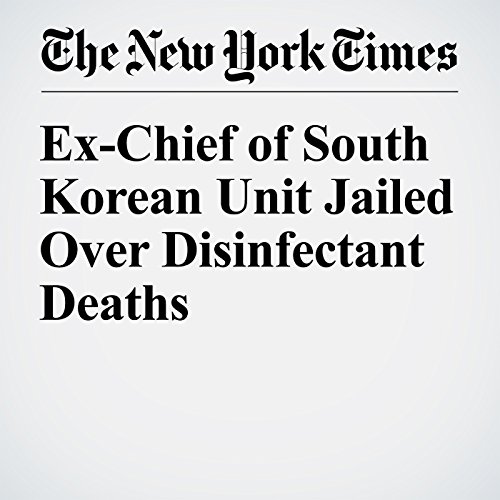 The former chief of a South Korean subsidiary of the British consumer goods company Reckitt Benckiser was sentenced Friday to seven years in prison over disinfectants that have been blamed for scores of deaths in the country.

"Ex-Chief of South Korean Unit Jailed Over Disinfectant Deaths" is from the January 06, 2017 World section of The New York Times. It was written by Choe Sang Hun and narrated by Barbara Benjamin-Creel.