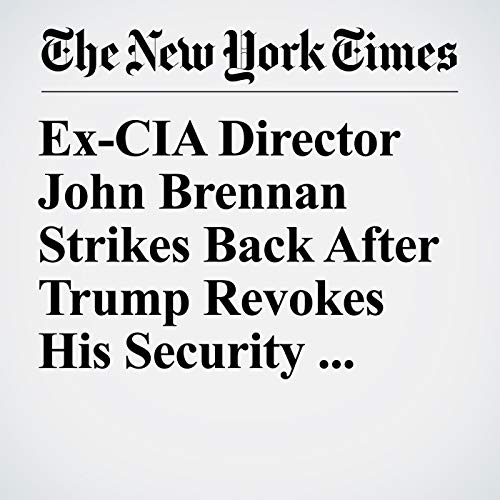 John O.Brennan, the CIA director under President Barack Obama, struck back at President Donald Trump on Thursday for revoking his security clearance, calling the president’s claims of “no collusion” with Russia to influence the 2016 election “hogwash” and arguing that the commander in chief was trying to silence anyone who would dare challenge him.

"Ex-CIA Director John Brennan Strikes Back After Trump Revokes His Security Clearance" is from the August 16, 2018 U.S. section of The New York Times. It was written by Julie Hirschfeld Davis and Michael D. Shear and narrated by Keith Sellon-Wright.