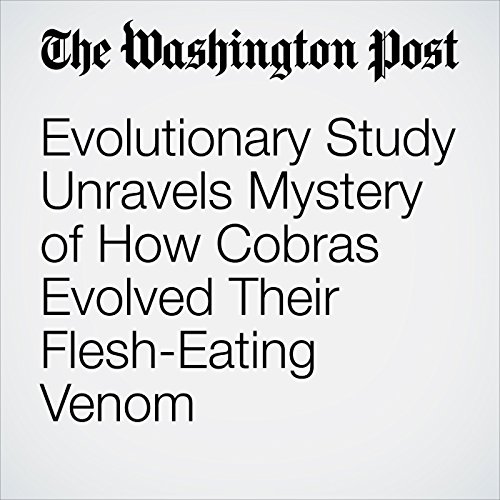 First came the snakes’ hoods, used to scare off predators. This was followed by the painful toxins. Finally, three separate times in the cobra family tree, some of the snakes evolved the unusual ability to emit blinding spit at perceived threats.

"Evolutionary Study Unravels Mystery of How Cobras Evolved Their Flesh-Eating Venom" is from the March 15, 2017 Health & Science section of The Washington Post. It was written by Ben Guarino and narrated by Jenny Hoops.