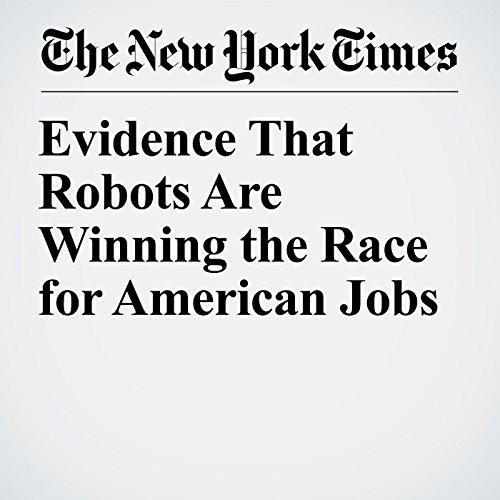 Who is winning the race for jobs between robots and humans? Last year, two leading economists described a future in which humans come out ahead. But now they’ve declared a different winner: the robots.

"Evidence That Robots Are Winning the Race for American Jobs" is from the March 28, 2017 Business section of The New York Times. It was written by Claire Cain Miller and narrated by Keith Sellon-Wright.