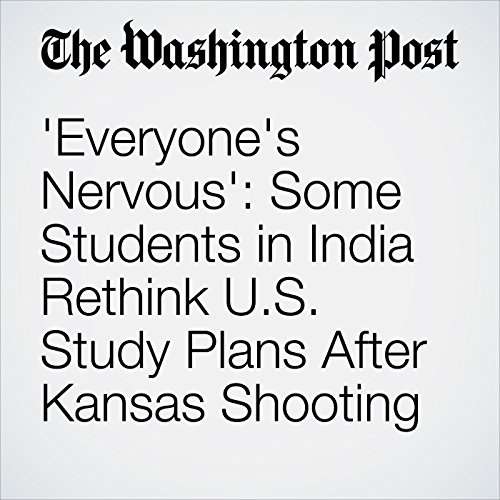 Anupam Singh, a master’s student, once dreamed of coming to the United States for his PhD studies. But Wednesday’s seemingly racially charged shooting of two Indian men in Kansas reaffirmed his growing belief that United States isn’t a hospitable place for foreign students.

"'Everyone's Nervous': Some Students in India Rethink U.S. Study Plans After Kansas Shooting" is from the February 25, 2017 World section of The Washington Post. It was written by Annie Gowen and narrated by Jill Melancon.