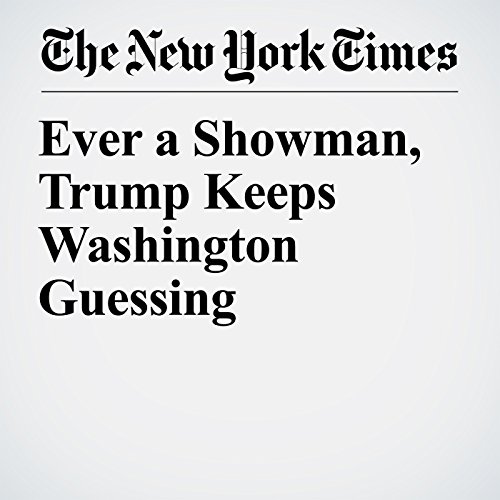 The speech was written, the rollout strategy was set. And then President Donald Trump began talking and the plan went out the window. Unless that was the plan all along.

"Ever a Showman, Trump Keeps Washington Guessing" is from the March 01, 2017 U.S. section of The New York Times. It was written by Peter Baker and Maggie Haberman and narrated by Fleet Cooper.