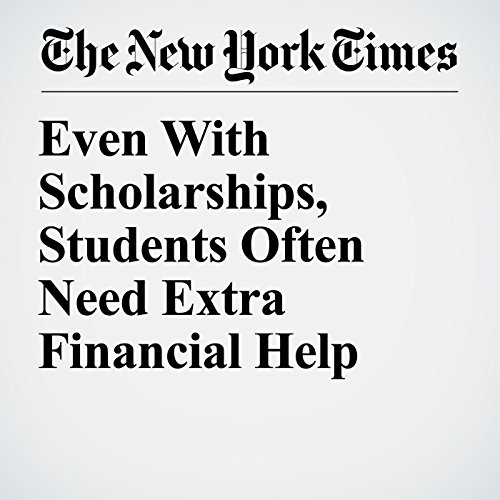 Michael Martinez still recalls the excitement he felt leaving his rural home in Wichita Falls, Texas, in 2000 to attend Princeton University. But the euphoria quickly turned to anxiety as he discovered that the scholarships and grants he had received didn’t cover many hidden costs, including school supplies and a winter coat.

"Even With Scholarships, Students Often Need Extra Financial Help" is from the April 07, 2018 U.S. section of The New York Times. It was written by Janet Morrissey and narrated by Kristi Burns.