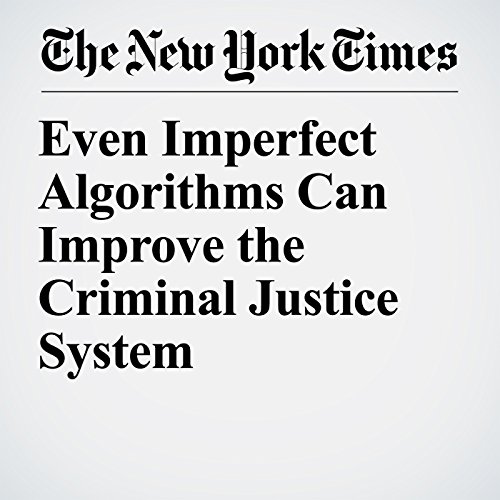 In courtrooms across the country, judges turn to computer algorithms when deciding whether defendants awaiting trial must pay bail or can be released without payment. The increasing use of such algorithms has prompted warnings about the dangers of artificial intelligence. But research shows that algorithms are powerful tools for combating the capricious and biased nature of human decisions.

"Even Imperfect Algorithms Can Improve the Criminal Justice System" is from the December 20, 2017 U.S. section of The New York Times. It was written by Sam Corbett Davies, Sharad Goel and Sandra González Bailón and narrated by Kristi Burns.