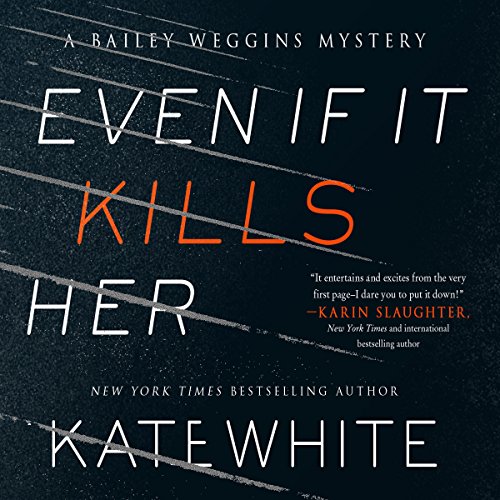 Like many 30-somethings, Bailey Weggins has a few regrets. But when she runs into Jillian, her former college roommate, she comes face to face with her biggest regret yet. For more than 10 years, Bailey has felt guilty for not staying in communication with Jillian after her family was murdered during their sophomore year and Jillian had to leave school. But now that the man accused of the murders has been cleared of the crime, the real killer is walking free, and Jillian is desperate for Bailey's help securing justice for her family.

As the two women return to Jillian's childhood town to investigate, secrets from Jillian's past begin to surface. And it doesn't take long before they learn that not everyone is happy with their sleuthing - not the local police, not family friends, and certainly not the true killer. With someone watching their every move, Bailey and Jillian must decide how much they are willing to risk to uncover what happened that terrifying night.

Cosa pensano gli ascoltatori di Even If It Kills Her

The narration was terrible, flat with nothing that pulled me in! Way too many analogies that became annoying. I was disappointed to say the least.

I enjoyed the majority of the story (however the end was a little bit too far fetched for my liking) but there were aspects of the narration that bothered me. The voices for Bailey's boyfriend Beau and for Gillian were extremely irritating. The &quot;Boston accent&quot; that was used was unbelievable for 2 reasons.... 1. it was extremely off 2. the vast majority of people living in the Berkshires would not have a Boston accent

Great mystery book! This book kept me on toes. Could not put the book down!

New author for me....I will be ordering another!

easy to listen to, good amount of suspense. narrator did a good job, too. I recommend this one for sure.

I’ve been waiting for another Bailey Wiggins book for years. I was happily surprised to find a new one was just released. As always the story line and characters were great! It kept you guessing until the end. I did not care for the narrator!

The plot was great. Each character had tremendous depth and just when I thought I had it all figured out another twist was thrown my way. I really missed these stories and hope there will be more in the future

I got pulled in to the story and just when I thought I knew what was going on and who was responsible... plot twist. Found myself listening every chance I could get.