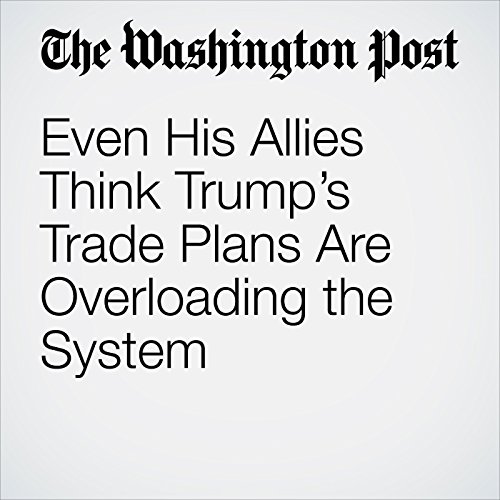 "Even His Allies Think Trump’s Trade Plans Are Overloading the System" is from the May 17, 2018 Business section of The Washington Post. It was written by David J. Lynch, Erica Werner and narrated by Sam Scholl.