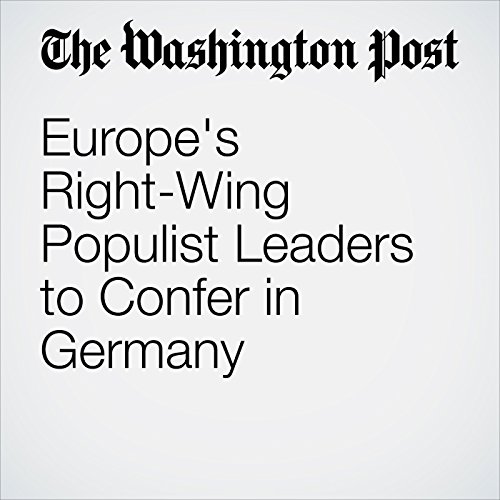 A day after the inauguration of Donald Trump, prominent leaders of Europe’s right-wing populist parties will gather in the German city of Koblenz in what observers see as a show of force targeting the European Union. The meeting gained widespread attention in Germany as the first public get-together of Frauke Petry, chairwoman of the Alternative for Germany (AfD), and Marine Le Pen, president of France’s National Front. Dutch anti-Islam politician Geert Wilders and Matteo Salvini of Italy’s Northern League are also set to speak at the one-day conference organized by Marcus Pretzell, an AfD member of the European Parliament.

"Europe's Right-Wing Populist Leaders to Confer in Germany" is from the January 19, 2017 World section of The Washington Post. It was written by Stephanie Kirchner and narrated by Jill Melancon.