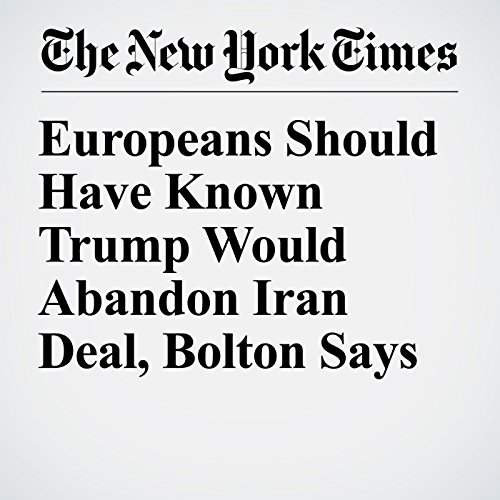 John R. Bolton, the national security adviser, said Sunday that European officials should have known that President Donald Trump would withdraw from the Iran nuclear deal, despite months of negotiations to salvage the accord that they believed had brought them close to satisfying the president’s demands.

"Europeans Should Have Known Trump Would Abandon Iran Deal, Bolton Says" is from the May 13, 2018 World section of The New York Times. It was written by Gardiner Harris and narrated by Kristi Burns.