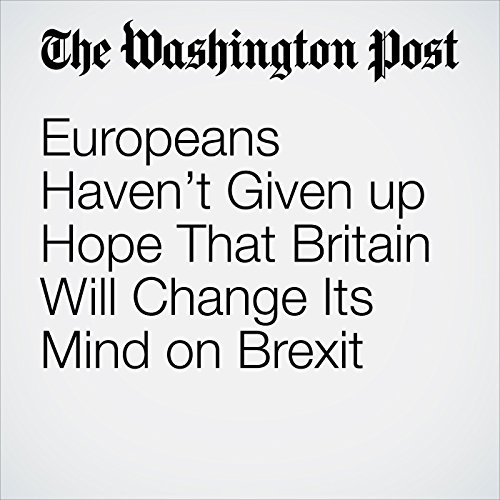 LONDON — France’s most public intellectual sank into a bathtub, while fully clothed in a bespoke suit, onstage in a one-night-only theatrical production to make a plea for Britain to reconsider its decision to leave the European Union.

"Europeans Haven’t Given up Hope That Britain Will Change Its Mind on Brexit" is from the June 12, 2018 World section of The Washington Post. It was written by William Booth and James McAuley and narrated by Sam Scholl.