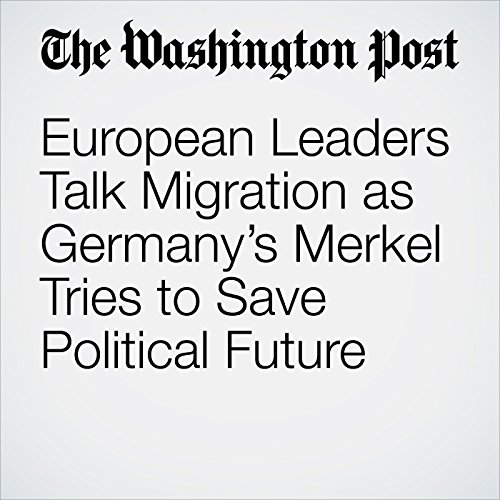 European leaders met Sunday in Brussels to discuss the contentious issue of migration, which is threatening to topple German Chancellor Angela Merkel’s government, but they appeared to be far from coming to a common agreement on how to redistribute the burden among themselves.

"European Leaders Talk Migration as Germany’s Merkel Tries to Save Political Future" is from the June 24, 2018 World section of The Washington Post. It was written by Michael Birnbaum and narrated by Sam Scholl.