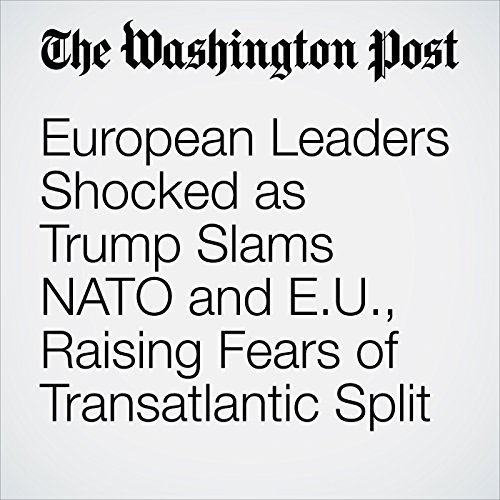 The possibility of an unprecedented breach in transatlantic relations came after Trump — who embraced anti-E.U. insurgents during his campaign and following his victory — said in weekend remarks that the 28-nation European Union was bound for a breakup and that he was indifferent to its fate. He also said NATO’s current configuration is “obsolete,” even as he professed commitment to Europe’s defense.

"European Leaders Shocked as Trump Slams NATO and E.U., Raising Fears of Transatlantic Split" is from the January 16, 2017 World section of The Washington Post. It was written by Michael Birnbaum and narrated by Sam Scholl.