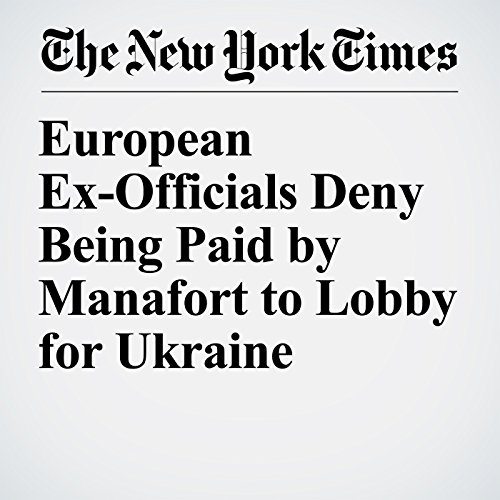 BRUSSELS — Former European leaders who tried to bring Ukraine closer to Europe before a 2014 uprising there reacted with shock Saturday after a federal indictment accused Paul Manafort, President Donald Trump’s former campaign chairman, of secretly paying former European officials some 2 million euros in 2012 and 2013 to lobby on the country’s behalf.

"European Ex-Officials Deny Being Paid by Manafort to Lobby for Ukraine" is from the February 24, 2018 World section of The New York Times. It was written by Steven Erlanger and Jason Horowitz and narrated by Kristi Burns.