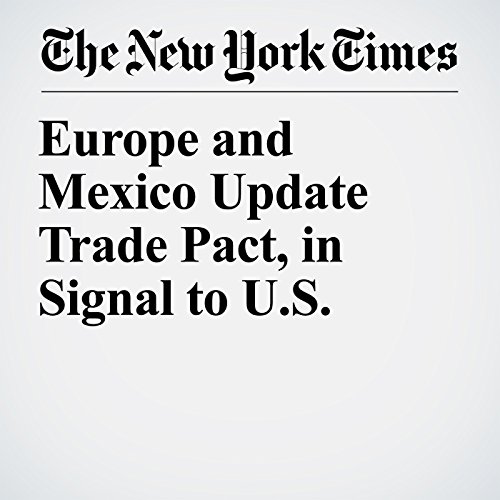 The European Union and Mexico on Saturday announced a major update to their free trade pact signed nearly two decades ago, a development that will allow almost all goods, including agricultural products, to move between Europe and Mexico duty-free.

"Europe and Mexico Update Trade Pact, in Signal to U.S." is from the April 21, 2018 World section of The New York Times. It was written by Ana Swanson and Milan Schreuer and narrated by Keith Sellon-Wright.