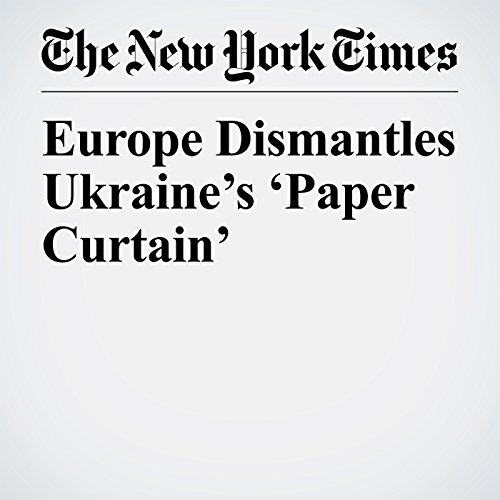 Since June 11, when 30 European countries began waiving short-stay visa requirements for Ukrainians as an incentive for Kiev to pursue further reforms, tens of thousands of Ukrainians have flocked to those nations.

"Europe Dismantles Ukraine’s ‘Paper Curtain’" is from the June 22, 2017 World section of The New York Times. It was written by Andrew E. Kramer and narrated by Keith Sellon-Wright.