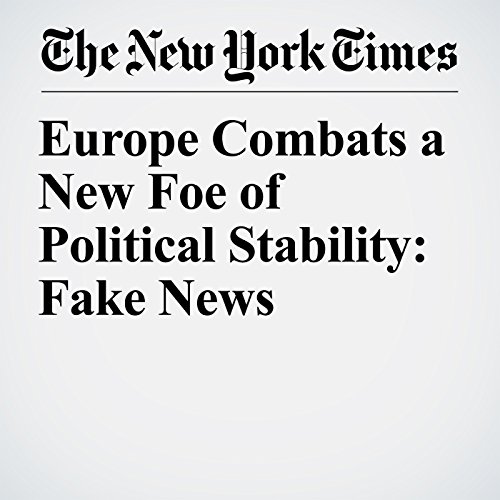 In a year when the French, Germans and Dutch will elect leaders, the European authorities are scrambling to counter a rising tide of fake news and anti-EU propaganda aimed at destabilizing people’s trust in institutions.

"Europe Combats a New Foe of Political Stability: Fake News" is from the February 20, 2017 World section of The New York Times. It was written by Mark Scott and Melissa Eddy and narrated by Kristi Burns.