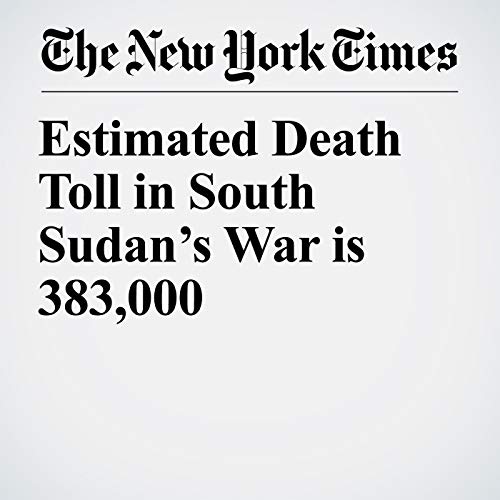 An estimated 383,000 people have died as a result of South Sudan’s civil war, according to a new report that documents the extraordinary scale of devastation after five years of fighting in the world’s youngest country.

"Estimated Death Toll in South Sudan’s War is 383,000" is from the September 26, 2018 World section of The New York Times. It was written by Megan Specia and narrated by Kristi Burns.