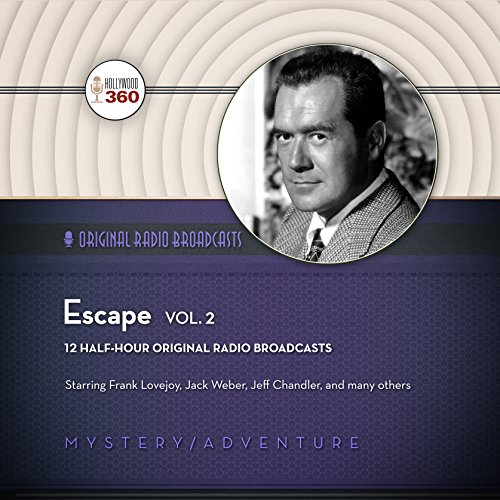 From 1947 to 1954, CBS' Escape was radio's leading high-adventure anthology series. The show's famous opening, delivered by Paul Frees and William Conrad, asked: "Tired of the everyday grind? Ever dream of a life of romantic adventure? Want to get away from it all? We offer you...Escape!" This was followed by another announcer adding, "Escape! Designed to free you from the four walls of today for a half hour of high adventure!"

Episodes included here are "Papa Benjamin", "Three Good Witnesses", "The Vanishing Lady", "Snake Doctor", "Ancient Sorceries", "The Log of the Evening Star", "A Shipment of Mute Fate", "Action", "The Brute", "The Drums of the Fore and Aft", "The Match", and "John Jock Todd."