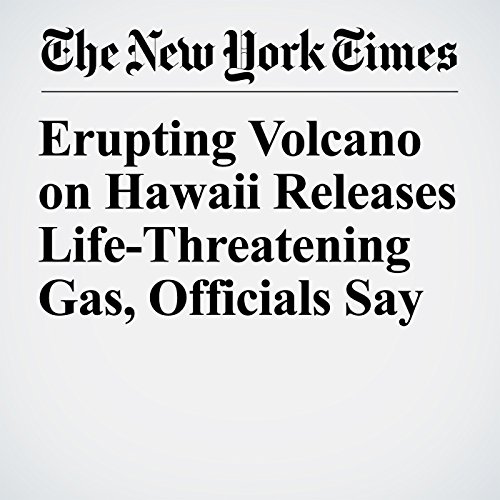 PAHOA, Hawaii — Images of the eruption of the Kilauea volcano on Hawaii offer a vivid display of yellow and red lava bubbling from fissures, orange fires, and white smoke, but authorities on Saturday warned of something unseen but no less dangerous: high levels of sulfur dioxide gas.

"Erupting Volcano on Hawaii Releases Life-Threatening Gas, Officials Say" is from the May 05, 2018 U.S. section of The New York Times. It was written by Meghan Miner Murray and Christina Caron and narrated by Keith Sellon-Wright.