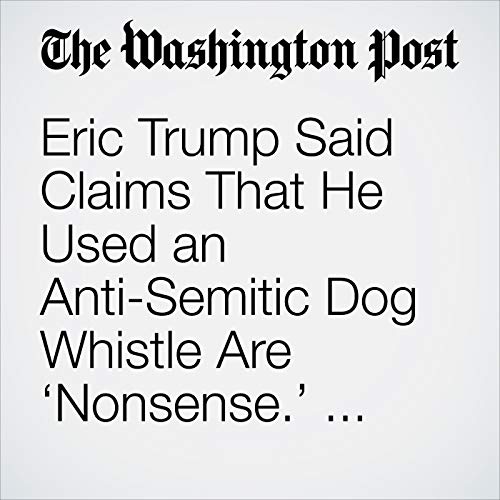 Eric Trump was talking up his father on Fox News on Wednesday morning when he was lobbed a friendly prompt from one of the network’s anchors.

"Eric Trump Said Claims That He Used an Anti-Semitic Dog Whistle Are ‘Nonsense.’ Others Beg to Differ. "is from the September 13, 2018 National section of The Washington Post. It was written by Eli Rosenberg and narrated by Sam Scholl.