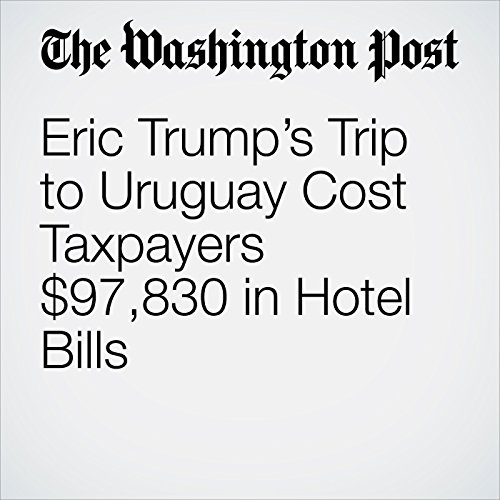 When the president-elect’s son, Eric Trump, jetted to Uruguay in early January for a Trump Organization promotional trip, U.S. taxpayers were left footing a bill of nearly $100,000 in hotel rooms for Secret Service and embassy staff.

"Eric Trump’s Trip to Uruguay Cost Taxpayers $97,830 in Hotel Bills" is from the February 03, 2017 Business section of The Washington Post. It was written by Amy Brittain and Drew Harwell and narrated by Jill Melancon.