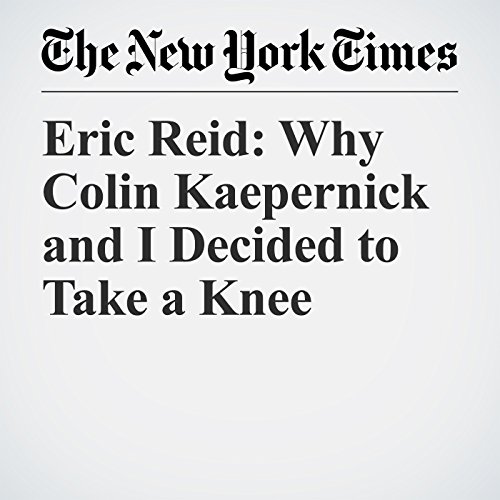 In early 2016, I began paying attention to reports about the incredible number of unarmed black people being killed by the police. The posts on social media deeply disturbed me, but one in particular brought me to tears: the killing of Alton Sterling in my hometown Baton Rouge, La. This could have happened to any of my family members who still live in the area. I felt furious, hurt and hopeless. I wanted to do something, but didn’t know what or how to do it.

"Eric Reid: Why Colin Kaepernick and I Decided to Take a Knee" is from the September 25, 2017 Opinion section of The New York Times. It was written by Eric Reid and narrated by Kristi Burns.