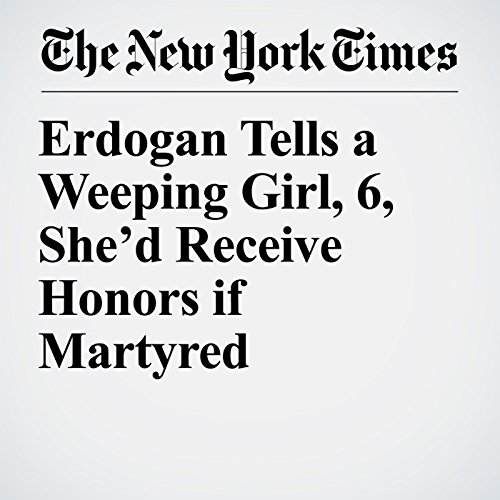 Turkey’s president has exhorted Turks to support their soldiers in Syria. But a televised scene showing a traumatized 6-year-old cadet girl, who wept as he proclaimed she would be honored if killed in combat, is not coming off well.