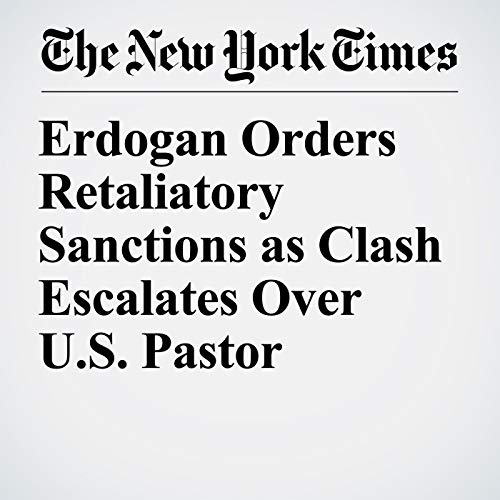 President Recep Tayyip Erdogan of Turkey said Saturday that he was ordering reciprocal sanctions against two U.S. officials in retaliation for U.S. measures against two of his ministers, escalating a diplomatic wrangle between the NATO allies.

"Erdogan Orders Retaliatory Sanctions as Clash Escalates Over U.S. Pastor" is from the August 04, 2018 World section of The New York Times. It was written by Carlotta Gall and narrated by Kristi Burns.