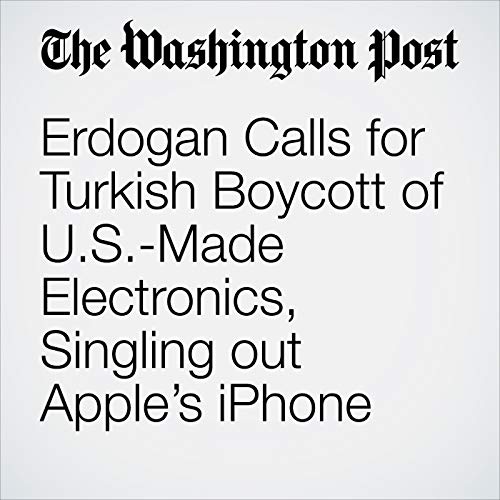 ISTANBUL— President Recep Tayyip Erdogan said Tuesday that Turkey would boycott U.S.-made electronic products, escalating a feud with the Trump administration that has contributed to the rapid decline of the Turkish currency.

"Erdogan Calls for Turkish Boycott of U.S.-Made Electronics, Singling out Apple’s iPhone " is from the August 14, 2018 World section of The Washington Post. It was written by Kareem Fahim and narrated by Sam Scholl.