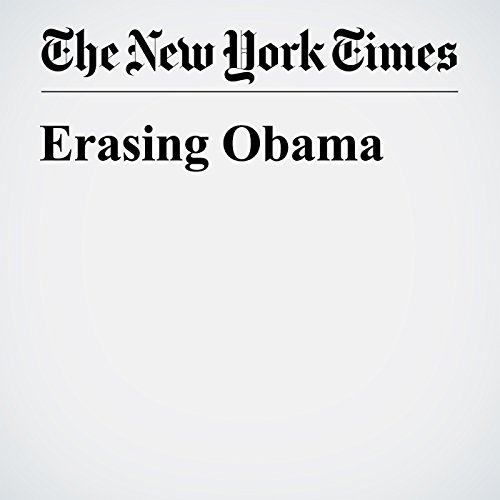 For a soon-to-be nowhere man, he’s everywhere. Sensing “time’s winged chariot hurrying near,” as the poet had it, President Barack Obama is using every hour left in his presidency to ensure that Donald Trump will not erase it all.

"Erasing Obama" is from the January 06, 2017 Opinion section of The New York Times. It was written by Timothy Egan and narrated by Barbara Benjamin-Creel.