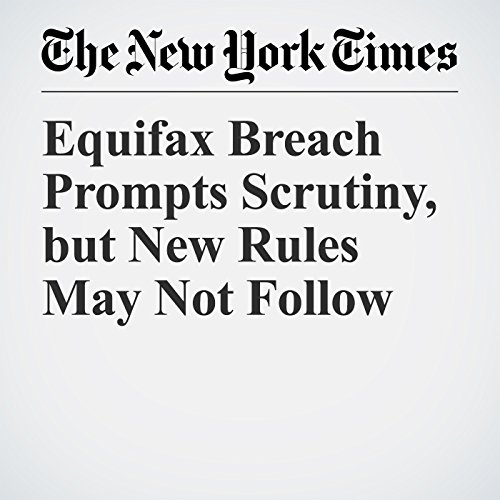 "Equifax Breach Prompts Scrutiny, but New Rules May Not Follow" is from the September 15, 2017 Business section of The New York Times. It was written by Stacy Cowley, Tara Siegel Bernard and Danny Hakim and narrated by Mike DelGaudio.