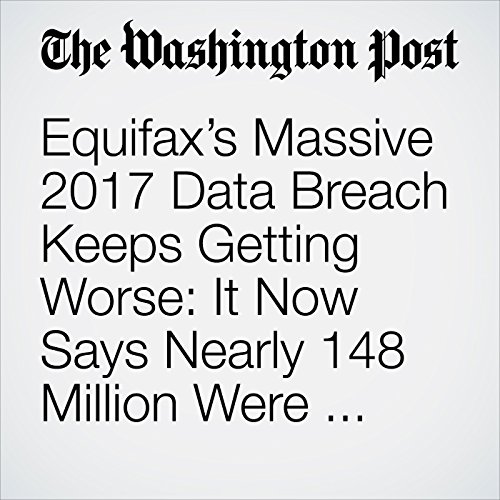 "Equifax’s Massive 2017 Data Breach Keeps Getting Worse: It Now Says Nearly 148 Million Were Hacked" is from the March 01, 2018 Technology section of The Washington Post. It was written by Brian Fung and narrated by Sam Scholl.