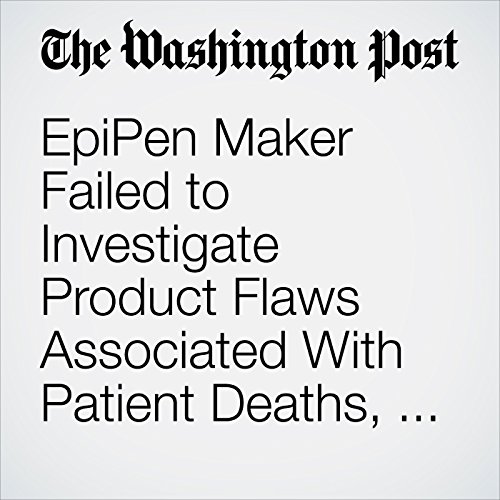 The makers of the EpiPen failed to properly investigate more than 100 complaints that the device malfunctioned during life-threatening emergencies — including situations in which patients later died, according to a Food and Drug Administration warning letter sent to a Pfizer company.

"EpiPen Maker Failed to Investigate Product Flaws Associated With Patient Deaths, FDA Says" is from the September 07, 2017 WonkBlog section of The Washington Post. It was written by Carolyn Y. Johnson and narrated by Jenny Hoops.