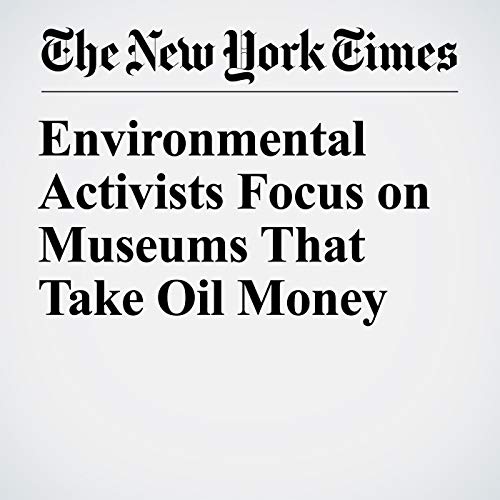 In May 2017, seven activists from Fossil Free Culture drank a dark syrup that looked like oil from scallop shells inside the Van Gogh Museum in Amsterdam, in an act of protest against the museum’s receiving funds from the oil and gas company Shell.

"Environmental Activists Focus on Museums That Take Oil Money" is from the October 10, 2018 U.S. section of The New York Times. It was written by Kathleen Massara and narrated by Keith Sellon-Wright.