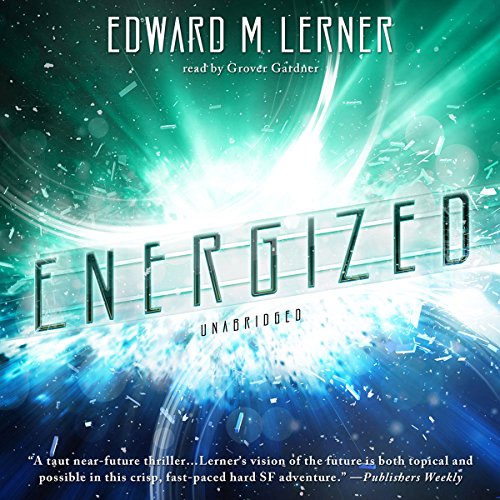 No one expected the oil to last forever. How right they were....

A geopolitical miscalculation tainted the world’s major oil fields with radioactivity and plunged the Middle East into chaos. Any oil that remains usable is more prized than ever. No one can build solar farms, wind farms, and electric cars quickly enough to cope. The few countries still able to export petroleum and natural gas - Russia chief among them - have a stranglehold on the world economy.

Then, from the darkness of space, came Phoebe. Rather than deflect the onrushing asteroid, America coaxed it into Earth’s orbit. Solar power satellites - cheaply mass-produced in orbit with resources mined from the new moon to beam vast amounts of power to the ground - offer America its last, best hope of avoiding servitude and economic ruin.

As though building miles-wide structures in space isn’t challenging enough, special interests, from technophobes to eco-extremists to radio astronomers, want to stop the project. And the remaining petro powers will do anything to protect their newfound dominance of world affairs.

NASA engineer Marcus Judson is determined to make the powersat demonstration project a success. And he will - even though nothing in his job description mentions combating an international cabal or going into space to do it.

Edward M. Lerner has degrees in physics and computer science, a background that kept him mostly out of trouble until he began writing science fiction full time. His books include Probe, Moonstruck, and the collection Creative Destruction. He lives in Virginia with his wife, Ruth.