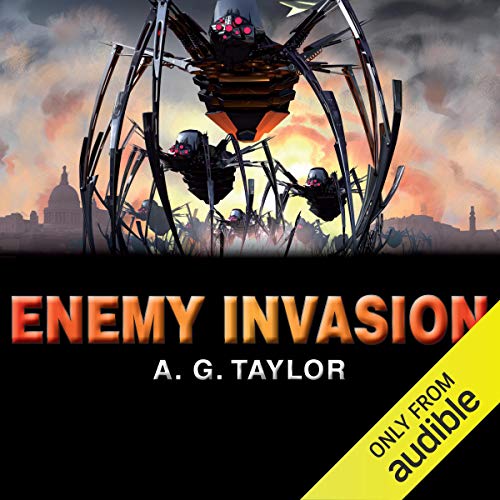 Sarah and Robert Williams are no ordinary brother and sister. With superhuman powers originating from the mysterious Fall Virus that left thousands of others in a coma, the two are now working with government agency HIDRA and other superhuman kids to find a cure.

The powerful alien that first sent the virus to Earth, known only as 'The Entity', is ready to attack again, determined to bring humanity under its control for good. It is being aided by Sarah's arch-enemy, Major Bright, and malicious software expert, Marlon Good, who have their own plans for world domination - but the key to their plans is 14-year-old Hack and his technology-manipulating powers. Before Sarah and her friends can get Hack to safety, Major Bright abducts him and uses his power to create an army of alien spider-robots that will be able to spread the virus across the world. Wave after wave spiders are launched in a lethal attack on London. Can the superhuman team stop the disaster or have they finally met their match?

this book i was in too minds about listioning to it,but im glad i did its really good sci-fic book abit of fun i would give it 4/5
The story was strong at the start went down a bit in middle but made up for it in the end
all in all good fun book