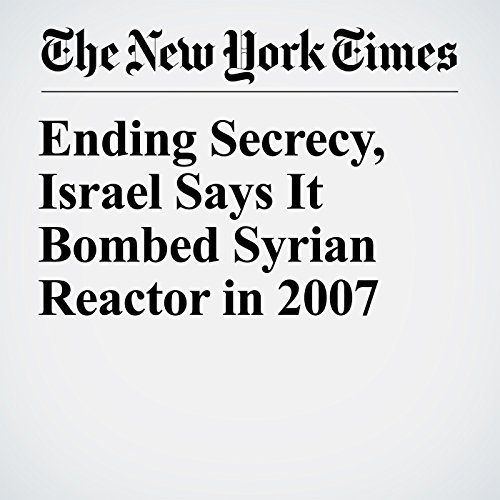 JERUSALEM — Israelis awoke early Wednesday to blaring headlines and dramatic video of Israeli warplanes destroying a reactor in Syria that could have produced nuclear weapons fuel, in an audacious covert operation code-named Outside the Box.

"Ending Secrecy, Israel Says It Bombed Syrian Reactor in 2007" is from the March 21, 2018 World section of The New York Times. It was written by Isabel Kershner and narrated by Keith Sellon-Wright.