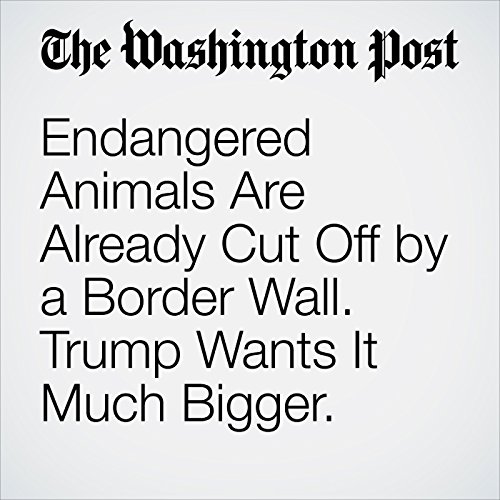 A list of animals that dwell near the 1,300-mile expanse that the proposed wall would cover seems endless. In May, in a report called Trump Wall, the U.S. Fish and Wildlife Service pointed out more than 100 species between California and Texas that are listed as threatened and endangered under the Endangered Species Act, or are candidates for a spot on the list.

"Endangered Animals Are Already Cut Off by a Border Wall. Trump Wants It Much Bigger." is from the January 27, 2017 Energy and Environment section of The Washington Post. It was written by Darryl Fears and narrated by Jill Melancon.

Cosa pensano gli ascoltatori di Endangered Animals Are Already Cut Off by a Border Wall. Trump Wants It Much Bigger.