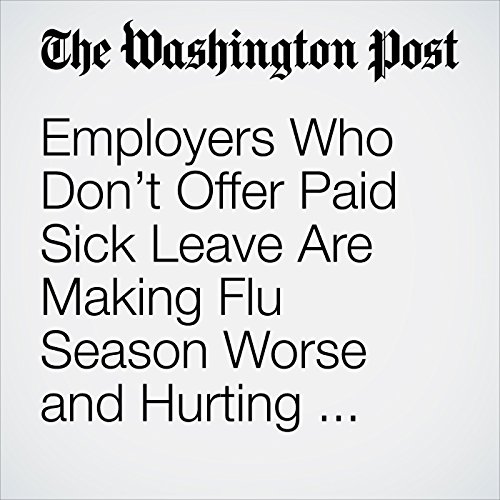 According to the Bureau of Labor Statistics, 28 percent of civilian workers — about 45 million individuals — have no access to paid sick leave. When these workers get ill, they have a choice: go to work sick, or stay home and forgo pay. Because lack of paid sick time is concentrated among the lowest-income employees, millions of workers opt for the former. Multiple studies have shown  that workers without access to paid sick days are more likely to go to work sick than those with it.

"Employers Who Don’t Offer Paid Sick Leave Are Making Flu Season Worse and Hurting Their Own Bottom Line" is from the February 13, 2018 Business section of The Washington Post. It was written by Christopher Ingraham and narrated by Sam Scholl.