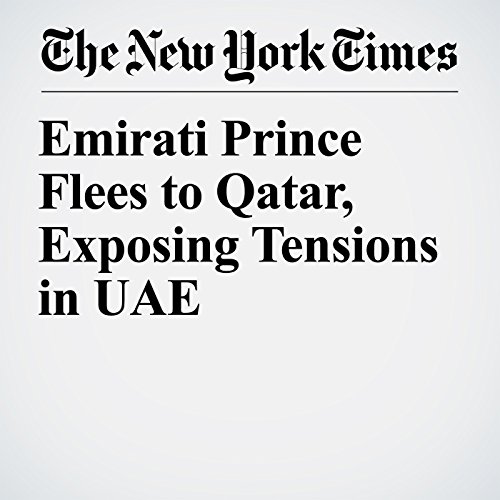 LONDON — The defection of an Emirati prince to Qatar has provided a rare glimpse into tensions among the rulers of the United Arab Emirates and added an awkward complication to its feud with Qatar, its regional rival.

"Emirati Prince Flees to Qatar, Exposing Tensions in UAE" is from the July 14, 2018 World section of The New York Times. It was written by David D. Kirkpatrick and narrated by Keith Sellon-Wright.