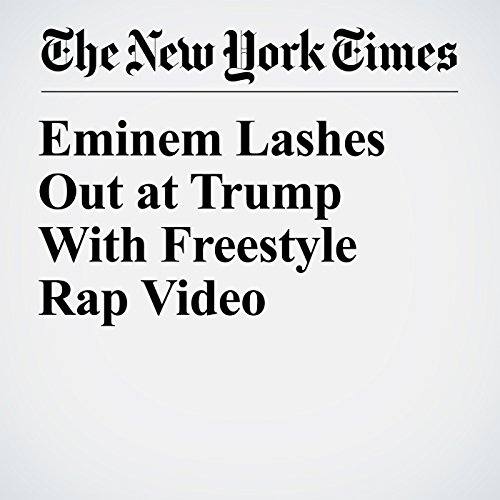 Rapper Eminem struck out at President Donald Trump in a video that played at the BET Hip Hop Awards Tuesday, accusing the president of racism, hypocrisy, disrespect of military veterans and more in almost 5 minutes of furious freestyle rap.

"Eminem Lashes Out at Trump With Freestyle Rap Video" is from the October 11, 2017 Entertainment section of The New York Times. It was written by Des Shoe and Joe Coscarelli and narrated by Kristi Burns.