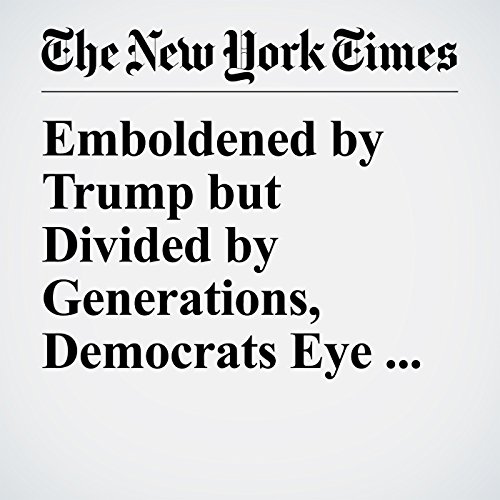 A vast array of Democratic leaders, divided by generations but uniformly emboldened by President Donald Trump’s perceived vulnerability, have begun taking palpable steps toward seeking the White House in an election that is still 3 1/2 years away.

"Emboldened by Trump but Divided by Generations, Democrats Eye 2020" is from the April 30, 2017 U.S. section of The New York Times. It was written by Alexander Burns and Jonathan Martin and narrated by Keith Sellon-Wright.