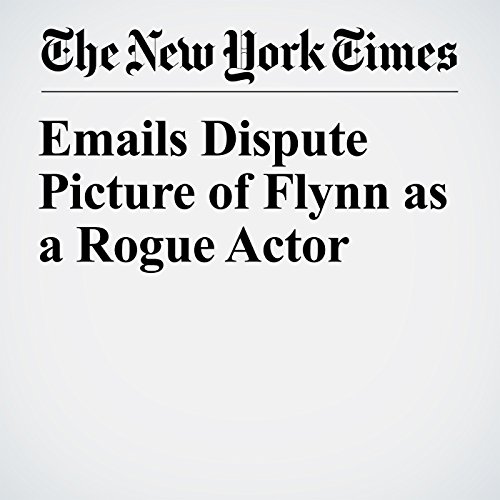 When President Donald Trump fired his national security adviser, Michael Flynn, in February, White House officials portrayed him as a renegade who had acted independently in his discussions with a Russian official during the presidential transition and then lied to his colleagues about the interactions.

"Emails Dispute Picture of Flynn as a Rogue Actor" is from the December 02, 2017 U.S. section of The New York Times. It was written by Michael S. Schmidt, Sharon Lafraniere and Scott Shane and narrated by Keith Sellon-Wright.