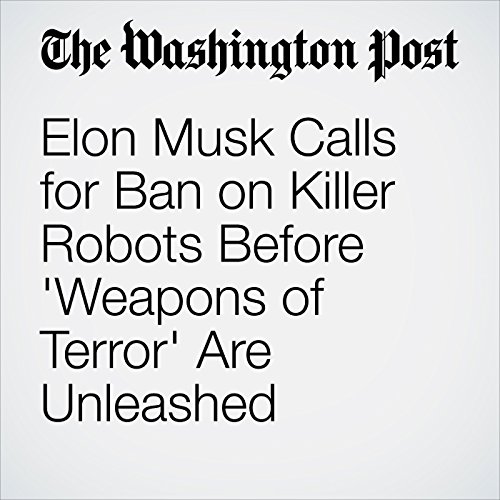 Tesla chief executive Elon Musk has said that artificial intelligence is more of a risk to the world than is North Korea, offering humanity a stark warning about the perilous rise of autonomous machines.

"Elon Musk Calls for Ban on Killer Robots Before 'Weapons of Terror' Are Unleashed" is from the August 21, 2017 Innovations section of The Washington Post. It was written by Peter Holley and narrated by Sam Scholl.