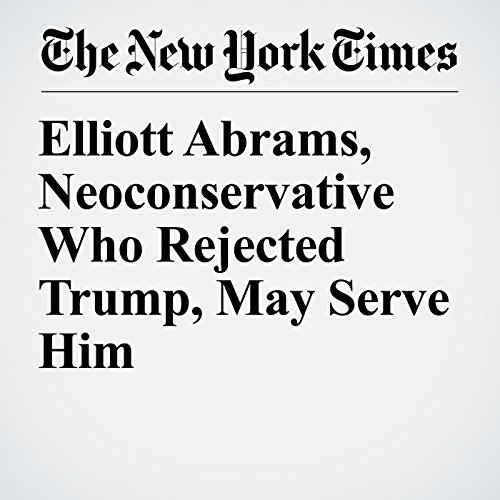 On Tuesday, Abrams is set to visit Trump in the White House to determine whether there is a job for him in the new administration, as the State Department’s No. 2 official.

"Elliott Abrams, Neoconservative Who Rejected Trump, May Serve Him" is from the February 06, 2017 U.S. section of The New York Times. It was written by Gardiner Harris and David E. Sanger and narrated by Kristi Burns.