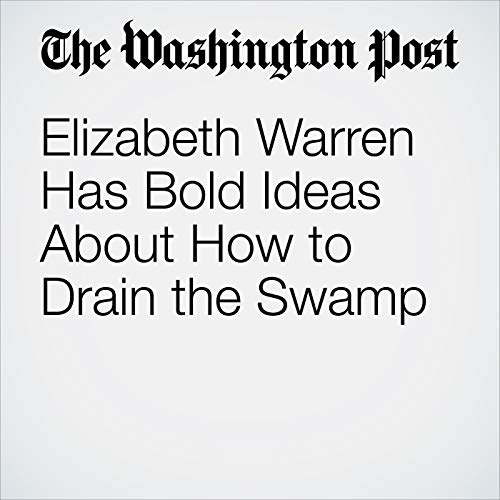 President Trump is likely to be remembered as running the most corrupt administration in history. But Washington corruption didn’t begin two years ago. Pervasive, bipartisan and blatant,corruption is business as usual, exemplified by the hours legislators spend each day dialing well-off donors for dollars, by the evening soirees where lobbyists befriend legislators, and by the proliferation of high-priced “expense account restaurants” and million-dollar condominiums in the nation’s capital. Americans know the rules are rigged for the rich and the powerful. Trump campaigned on the pretense that his money made him independent, but that was just another lie.

"Elizabeth Warren Has Bold Ideas About How to Drain the Swamp" is from the August 28, 2018 Opinion section of The Washington Post. It was written by Katrina vanden Heuvel and narrated by Sam Scholl.